501(c)(3):
Section of the Internal Revenue Service Code that designates an organization as charitable and tax-exempt. Organizations qualifying under this section include religious, educational, charitable, amateur athletic, scientific or literary groups, organizations testing for public safety or organizations involved in prevention of cruelty to children or animals.

509(a):
Section of the tax code that defines public charities (as opposed to private foundations). A 501(c)(3) organization also must have a 509(a) designation to further define the agency as a public charity. (See Public Support Test)

Advisory Board:
A group of individuals, who offer advice, inform or notify. An advisory board differs from an elected board in that they do not have any oversight responsibilities.

Altruism:
Altruism, like passion, is the key intent that philanthropy expresses; a concern for the welfare of others; selflessness. 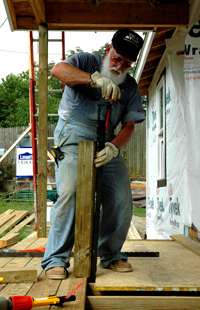 Assets:
Cash, stocks, bonds, real estate or other holdings of a foundation.

Bequest:
A bequest can be a legacy; a sum of money committed to an organization and donated upon the donor’s death.

Board of Directors:
An organized body of advisors with oversight responsibility.

Challenge Grant:
A grant that is made on the condition that other funding be secured, either on a matching basis or some other formula, usually within a specified period of time, with the objective of encouraging expanded fund-raising from additional sources.

Charitable Lead Trust:
A legal device used to set aside money or property of one person for the benefit of one or more persons or organizations. Specifically, this type of trust allows for a regular, fixed amount to go to a charity for a specific number of years. At the end of that time, the remainder of the trust passes to one’s heirs.

Charitable Remainder Trust:
A legal device used to set aside money or property of one person for the benefit of one or more persons or organizations. Specifically, this type of trust allows one to take a deduction for a gift to the trust in the year in which the trust is formed. One receives income from this type of trust for life and after one’s death, the assets pass to the charity you designated.

Charity:
In its traditional legal meaning, the word “charity” encompasses religion, education, and assistance to the government, promotion of health, relief of poverty or distress and other purposes that benefit the community. Nonprofit organizations that are organized and operated to further one of these purposes generally will be recognized as exempt from federal income tax under Section 501(c)(3) of the Internal Revenue Code (See 501(c)(3)) and will be eligible to receive tax-deductible charitable gifts.

Community Foundation:
A community foundation is a tax-exempt, nonprofit, autonomous, publicly supported, philanthropic institution composed primarily of permanent funds established by many separate donors for the long-term diverse, charitable benefit of the residents of a defined geographic area. Typically, a community foundation serves an area no larger than a state. Community foundations provide an array of services to donors who wish to establish endowed and non-endowed funds without incurring the administrative and legal costs of starting independent foundations.

Corporate Giving Program:
A corporate giving (direct giving) program is a grant-making program established and administered within a profit-making company. Gifts or grants go directly to charitable organizations from the corporation. Corporate foundations/giving programs do not have a separate endowment; their expense is planned as part of the company’s annual budgeting process and usually is funded with pre-tax income.

Designated Funds:
A fund in which a donor specifies one or more organizations to receive grants year after year.

Discretionary Funds:
Grant funds distributed at the discretion of one or more trustees, which usually do not require prior approval by the full board of directors. The governing board can delegate discretionary authority to staff.

Donee:
The receiving organization of a donor’s resources. (See Grantee)

Donor:
A donor is anyone who gives resources – financial, social, intellectual and time – to a nonprofit organization, public charity or fund. A donor is committed to making a difference in society. (See Grantor)

Donor Advised Fund:
A fund held by a community foundation or other public charity, where the donor, or a committee appointed by the donor, may recommend eligible charitable recipients for grants from the fund. The public charity’s governing body must be free to accept or reject the recommendations.

Endowment:
A financial asset in the form of a donation made to a charitable organization (usually a foundation) to establish a permanent source of charitable funds for a specified purpose.

Federated Fund:
A centralized campaign whereby one organization raises money for its member agencies. These annual workplace giving campaigns raise millions of dollars for distribution to local, state, and national nonprofit organizations. The United Way campaign is an example.

Field of Interest Fund:
A fund held by a community foundation that is used for a specific charitable purpose such as education or health research.

Giving Pattern:
The overall picture of the types of projects and programs that a donor has supported historically. The past record may include areas of interest, geographic locations, dollar amount of funding or kinds of organizations supported.

Grant:
An award of funds to an organization or individual to undertake charitable activities.

Grant Monitoring:
The ongoing assessment of the progress of the activities funded by a donor, with the objective of determining if the terms and conditions of the grant are being met and if the goal of the grant is likely to be achieved.

Grantee:
The individual or organization that receives a grant.

Grantor:
The individual or organization that makes a grant.

In-Kind Contribution:
A donation of goods or services rather than cash or appreciated property.

Legacy:
The gift that an individual leaves, both in the details of their will and in the tradition of giving they shared with their descendents. (See Bequest)

Leverage:
A method of grant making practiced by some foundations and individual donors. Leverage occurs when a small amount of money is given with the express purpose of attracting funding from other sources or of providing the organization with the tools it needs to raise other kinds of funds; sometimes known as the “multiplier effect.”

Matching Gifts Program:
A grant or contributions program that will match employees’ or directors’ gifts made to qualifying educational, arts and cultural, health or other organizations. Specific guidelines are established by each employer or foundation. (Some foundations also use this program for their trustees.)

Matching Grant:
A grant or gift made with the specification that the amount donated must be matched on a one-for-one basis or according to some other prescribed formula.

Nonprofit Organization:
A term describing the Internal Revenue Service’s designation of an organization whose income is not used for the benefit or private gain of stockholders, directors, or any other persons with an interest in the organization. A nonprofit organization’s income must be used solely to support its operations and stated purpose.

Operating Support:
A contribution given to cover an organization’s day-to-day, ongoing expenses, such as salaries, utilities or office supplies.

Parity:
Equality, as in amount, status, or value. Parity in philanthropy is the equal participation by spouses or other family members in the allocation of charitable dollars and in receiving the satisfaction and recognition of their contributions.

Passion:
Boundless enthusiasm; deep and positive emotion; fervent expression of hope; belief in the essential connection of individual and community; and love of humanity. Passion, like altruism, is essential to the action of giving and the purpose of philanthropy.

Payout Requirement:
The minimum amount that a private foundation is required to expend for charitable purposes (includes grants and necessary and reasonable administrative expenses). In general, a private foundation must pay out annually of at least 5% of the average market value of its assets.

Philanthropist:
A person who loves humanity, is committed deeply to making society a better place, who believes that each individual, each dollar and each action makes a difference.

Philanthropy:
Philanthropy is defined in different ways. The origin of the word philanthropy is Greek and means love for mankind. Today, philanthropy includes the concept of voluntary giving by an individual or group to promote the common good. Philanthropy also commonly refers to grants of money given by foundations to nonprofit organizations. Philanthropy addresses the contribution of an individual or group to other organizations that in turn work for the causes of poverty or social problems, improving the quality of life for all citizens. Philanthropic giving supports a variety of activities, including research, health, education, arts and culture, as well as alleviating poverty.

Pledge:
A promise to make future contributions to an organization. For example, some donors make multiyear pledges promising to grant a specific amount of money each year.

Private Foundation:
A nongovernmental, nonprofit organization with funds (usually from a single source, such as an individual, family or corporation) and program managed by its own trustees or directors, established to maintain or aid social, educational, religious or other charitable activities serving the common welfare, primarily through grantmaking. U.S. private foundations are tax-exempt under Section 501(c)(3) of the Internal Revenue Code and are classified by the IRS as a private foundation as defined in the code.

Restricted Funds:
Assets or income that is restricted in its use, in the types of organizations that may receive grants from it or in the procedures used to make grants from such funds.

Seed Money:
A grant or contribution used to start a new project or organization.

Social Investing:
Also referred to as ethical investing and socially responsible investing, this is the practice of aligning a foundation’s investment policies with its mission. This may include making program-related investments and refraining from investing in corporations with products or policies inconsistent with the foundation’s values.

Strategic Giving:
Engaging in philanthropy in a strategic manner to make a major philanthropic impact through making better choices surrounding how much one spends, invests and gives back to society.

Technical Assistance:
Operational or management assistance given to a nonprofit organization. It can include fundraising assistance, budgeting and financial planning, program planning, legal advice, marketing and other aids to management. Assistance may be offered directly by a foundation or corporate staff member or in the form of a grant to pay for the services of an outside consultant. (See In-Kind Contribution)

Tithing:
A belief, found in many faiths, of giving 10% – the first and best part – back to the place of worship.

Trust:
A legal device used to set aside money or property of one person for the benefit of one or more persons or organizations.

Trustee:
The person(s) or institutions responsible for the administration of a trust.

Unrestricted Funds:
Normally found at community foundations, an unrestricted fund is one that is not specifically designated to particular uses by the donor, or for which restrictions have expired or been removed.

Volunteerism:
Performing an act of kindness, freely giving of your talent, time, and effort for the simple fulfillment of community expectations.

Women’s Giving:
Considered by some to be the next frontier of the women’s movement, women’s giving builds on the tradition of volunteerism and is empowered with women’s financial resources.